To share your memory on the wall of Frank Mikuska, sign in using one of the following options:

Frank died unexpectedly but peacefully at home on Sunday, February 28, 2021.

Frank died unexpectedly but peacefully at home on Sunday, February 28, 2021.

Frank was born on October 4, 1930 in Winnipeg’s North end to Michael and Magdelena (Kajan) Mikuska, immigrants from Slovakia. He attended Roman Catholic parochial schools, where he was encouraged by a nun who saw his artistic talent. He entered the Winnipeg School of Art in 1947 and was at the school when it became a part of the University of Manitoba in 1949, graduating in 1950.

A fellow student, Arthur Stevens, introduced him to his sister, Shirley, and they married in 1953. After a year in Toronto, they returned to Winnipeg where the newly established CBC Television hired him as graphic designer. He would work 37 years at the CBC, retiring in 1992. During his career he not only pushed the boundaries of graphic design on television but continued making powerful abstract paintings and prints. Frank exhibited at various venues across Canada in the 1960’s. His work is held by many national collections including the Montreal Museum of Fine Art and the Winnipeg Art Gallery. In 1986 he received the CBC’s Prix Anik Award for Graphic Design of Soundscapes, a CBC production of “Threnody” – Music of R. Murray Schafer. After he retired, he revived his interest in printmaking with Martha Street Studio, producing hundreds of prints to the delight of his fans, exhibiting both locally and internationally during this period.

With Shirley, family and friends, he travelled extensively. First on family road trips with a tent trailer around Canada and to California (swearing and changing tires frequently), and later on cruises and European vacations. Frank and Shirley took up square dancing in the 1970s and travelled to conventions across North America.

Frank would talk to anyone, striking up conversations for a laugh or to commiserate. He was the master of puns (and passed this along to his children) and of obscure facts. He chose vanilla ice cream for dessert on cruises. He was a supportive father who encouraged his kids’ sporting, artistic, and professional pursuits, as well as picking them up at the bar when their car broke down.

Frank is survived by his wife of 67 years, Shirley, and his children and their spouses: Vince and Janice Mikuska, Julie Mikuska and Charles Tinman, Laura Mikuska and Simon Laplante, and Benjamin Mikuska and Donna Szoke; and grandchildren Alaina, Stefan, Elise, Emma, Hannah, and Milo.

Cremation has taken place and a private memorial will be held at a later date. In lieu of flowers, please make a donation in Frank’s memory to a charity of your choice.
Read Less

To send flowers to the family or plant a tree in memory of Frank Peter Mikuska, please visit our Heartfelt Sympathies Store.

Receive notifications about information and event scheduling for Frank

Print
Cremation has taken place and there will be no service.

We encourage you to share your most beloved memories of Frank here, so that the family and other loved ones can always see it. You can upload cherished photographs, or share your favorite stories, and can even comment on those shared by others.

Posted Mar 16, 2021 at 03:52pm
When I was a professor in the School of Art Printmaking area we were able to revive an old copper plate by Frank from the 1950s and make some new prints from it. It was a featured print in the exhibition we created -Printmaking in the 1950's at the School of Art gallery. A fine print by a fine artist.
Comment Share
Share via: 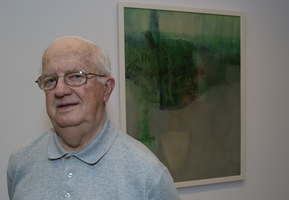 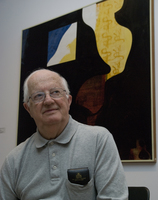 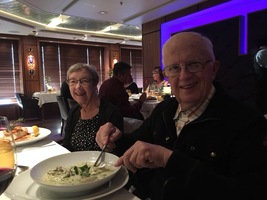