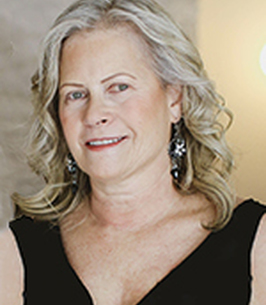 Peacefully, the beautiful Janet passed away with her family by her side after a nine-year battle with cancer. She was predeceased by her parents, Mary and Leo Grandmont and sister Diane (Bruce) Rennie. Janet is survived by the loves of her life, husband William; son Christian and wife Jennifer and their children Liam, Lauren and Lexi; daughter Camille; daughter Cara and husband Todd Honcharik and their daughter Loa; brothers George (Gayle); Gerald (Lori), Philip (Lori) Grandmont and sister Catherine (Mike) Macdonald; cousin and best friend Marilyn Rourke, as well as countless other family members and friends.

Janet was a country lady who started working in the big city in the early 70’s. Through her position at the Manitoba Legislature, she met her future husband, William (Bill), who worked in the same office. Their fun banter and friendship eventually turned into a romance, and the two purchased their family home in Winnipeg in 1976. Bill and Janet wed later that year and went on to have three beautiful children, all raised in their Wolseley home.

Janet loved children and was a natural teacher, leading her to pursue her teaching degree. She graduated from the University of Manitoba in 1979 with a Bachelor of Education with a double major in business law and home economics. In addition to teaching, she helped Bill with accounting and record keeping in his consulting business.

Janet had many interests and talents: a gifted musician who learned to play piano by ear at the age of three, an excellent chef who loved throwing big dinner parties with family and friends, a fantastic gardener, and a home renovation queen. Although a teacher by trade, her true passion in life was interior design. Her creative talent was evident in her beautifully renovated 100-year-old home and Victoria Beach cottage, which she and Bill built in the late 80’s.

Victoria Beach had a special place in her heart. It was where she enjoyed time with family and hosting friends. Nothing brought her greater joy than having the grandkids down for a weekend for action-packed beach days, sleepovers under the stars, trampoline fun, and ice creams at the Moonlight Inn. She always served healthy treats like freshly picked saskatoons, homemade dill pickles, and veggies from her garden.

Janet was influential in shaping the lives of her children and grandchildren. She taught them the importance of hard work and the value of a dollar, but also how to have fun, laugh and do fancy things. She had an amazing way of showing her love for every one of them, making them feel uniquely celebrated. She instilled in them her love of music, concerts, travel, and entertaining.

Everything about Janet was beautiful – her kind heart and generosity, sense of humour, stunning clothes and style, well-kept home, and especially the life she created with Bill. She will be greatly missed.

We would like to acknowledge with great appreciation those that supported Janet throughout her cancer journey; her oncologists and the entire team at CancerCare; the Saint Boniface Hospital staff that cared for her so sweetly in her final days; and the many friends and family who were always there. In lieu of flowers, donations can be made to the CancerCare Manitoba Foundation.

A celebration of life will be held at the Fort Garry Hotel 222 Broadway Avenue on Friday, June 10, 2022, at 2:00 pm, and a private interment will occur beforehand.