To share your memory on the wall of Larry Pokrant, sign in using one of the following options:

Print
On December 30, 2019, after an adventurous, love-filled life, Lawrence (Larry) Pokrant, aged 84, passed away at the Grace Hospital with his family by his side.

He is survived by his wife of 55 years Gladys (Lake), daughter Janice (Andrew... Read More
On December 30, 2019, after an adventurous, love-filled life, Lawrence (Larry) Pokrant, aged 84, passed away at the Grace Hospital with his family by his side.

He was predeceased by his father Frederick and mother Helena Pokrant, sister Vi (Henry), sister Ruth (Don) and brother Ed.

Dad was born October 16, 1935 in Rosenfeld, Manitoba. In his early years he grew up on the family farm. At the age of 13, the family relocated to Winnipeg where he attended Earl Grey and then Kelvin High School and where he helped out at the family grocery store. After school he first worked at the TD Bank, then TransCanada Air and in the spring of 1961 and with an adventurous spirit, he made a decision that would shape his life forever.

Dad took a position with the Department of Transport that took him to places like Port Harrison and Resolute Bay in Northern Canada. It was here he met the love of his life and best friend Gladys Lake, a young nurse from Wolfville, NS. The two of them were married in 1964 and their family began. After returning to Winnipeg, Dad worked for a number of companies and eventually started his own business called Larry’s Auto Sound Service. Towards the end of his career, Dad worked at Cottonwood Golf Course, which was a perfect fit for him and his love of golf!

Dad’s faith was built in his early years and something that was dear to him for the rest of his life. Sherwood Park Church became the family church and Dad spent years teaching Sunday school, elected to the church council, singing in the choir and was always dedicated to helping others, even delivering used clothing and food to the Trinity Food Bank till a couple of months ago.

Dad had many interests including attending all of his children’s and then grandchildren’s school events and activities. He also loved all sports and rarely missed any of the kid’s games. He loved golf and played most weeks for the past 50 years and enjoyed curling in the winter. Dad and Mom also travelled extensively seeing every province in Canada and all US states, including a few trips overseas.

But without a doubt, the most important thing in Dad’s life was his family. We will miss his stories, advice and unconditional love and will cherish the memories of him in our hearts forever.

A funeral service and luncheon celebrating Lawrence’s life will be held at Sherwood Park Church, 7 Tudor Crescent in Winnipeg on Wednesday January 8, 2020 at 10:00 am, with viewing at 9:30.

To send flowers to the family or plant a tree in memory of Larry Pokrant, please visit our Heartfelt Sympathies Store.

Receive notifications about information and event scheduling for Larry Pokrant

We have provided a digital copy (PDF) of the Memorial Program that we supply at the time of the service. To Download this file please click the filename below.

We encourage you to share your most beloved memories of Larry Pokrant here, so that the family and other loved ones can always see it. You can upload cherished photographs, or share your favorite stories, and can even comment on those shared by others.

Sending prayers to all of you at this time. Glad that Bruce is able to make it out, as I am sure he has said how much Larry and
Gladys meant to us both. They always made time to see us and tell us of their adventures took the time to see how we were doing. One of my fondest and funniest memories of Larry and Gladys was when they came to Bermuda with Ruth and Don to visit and see our newest addition to the family , that being Britta. I expected Bruce to pick them up at the airport and for a taxi to be following with the luggage!! Somehow they all managed to get it the little 3 cylinder Suzuki car we had, bags on their laps and James on Dons lap and Bruce driving. I still think that this is impossible but somehow they did it. The trunk on that car was about 8 inches deep. It was such a fun visit touring them around the island by bus and ferry! They always had such a positive look on life, loved our visits with them. Love Susan and Bruce
Comment Share
Share via: 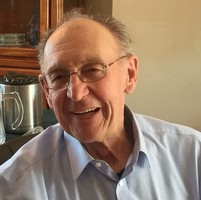 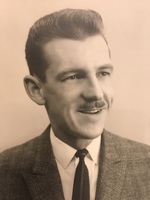