To share your memory on the wall of Martin Newlands, sign in using one of the following options:

It is with great sadness and broken hearts, we announce the sudden passing of Martin Ogilvie Newlands on June 1, 2020.
He is survived by his loving wife of 47 years, Louisa, and his daughter Claire. Left to cherish... Read More
MARTIN NEWLANDS

It is with great sadness and broken hearts, we announce the sudden passing of Martin Ogilvie Newlands on June 1, 2020.
He is survived by his loving wife of 47 years, Louisa, and his daughter Claire. Left to cherish his memory are his brother, Hugh (Helen); sister Donna (John); brother Donald (Catherine) and nieces Diane, Elaine, Pamela, Laura and Lorraine, nephews Gerald, Graeme, Iain and Stephen. He was predeceased by his parents, Hugh and Robertina Newlands.
Martin was born in Glasgow, Scotland on February 18, 1953. He came from a happy family with loving parents who taught him good manners, right from wrong, and always to be kind others. When he was a young lad, he joined the Lifeboys in the church and progressed on to the Boys Brigade.
While growing up Martin’s favourite sport was soccer, and he was exceptionally good at it. He had numerous football friends, one being the great Kenny Dalgleish who played for Glasgow Celtic, (much to Martin’s horror as he was a Glasgow Rangers fan). Martin never held it against Kenny, and Kenny went on to become manager of Blackburn Rovers and Liverpool.
After leaving school, Martin served a five-year apprenticeship as an electrician for Scott’s Electricians in Glasgow’s Clydeside, and as a qualified electrician for Beaton’s Electric.
In 1972, Martin suffered a painful back injury and had to have surgery. However, he preferred one of his nurses to dress his wound and it was not long before a romance blossomed. Once he was discharged, they fell in love and married, Louisa married her patient. They went on to have a beautiful daughter, Claire, and in 1977, they decided to emigrate to Winnipeg, Canada. Martin worked as an electrician with Canadian Pacific Railway; a driver with Edgewood Estates, and in 1989, Project Manager at the St. Regis Hotel, and finally Project Manager at the Nor-Villa Hotel. Martin really loved his work and everyone he worked with. Nothing was ever a bother to him, and he was always happy to help anyone. A special thankyou to Gilbert, Lorraine, Noele, Denys and Paul.
Martin was a proud member of the Royal Canadian Air Force 402 Squadron, Pipes and Drums. He loved his pipe band and enjoyed the many trips they made across Canada and the States until he retired, after 29 years of service. Martin was awarded the Queen’s Golden Jubilee Medal. The medal was awarded to Canadians who made a significant contribution to their fellow citizens, their community, or to Canada over the previous fifty years.
He was also a member of Rossmere Country Club and enjoyed many games of golf over the years. Unfortunately, due to health issues, he was no longer able to golf, but he still enjoyed watching major tournaments.
Martin was a kind, loving husband, father, brother, uncle and friend and will be dearly missed by his family and many friends.
A private family service will be held on Monday, June 8, 2020, at 1 pm. A celebration of Martin’s life will follow at the Nor-Villa Hotel. Eulogy by Borys Kozak, Gilbert Gauthier and Noele Gauthier. Piper, Don Blain.
The service will be video recorded and available to view at https://memorials.richardrosin.ca/martin-newlands/4230146/index.php on Thursday, June 11th.
The family would like to thank the staff of St. Boniface ICU for their care and compassion.
In lieu of flowers, donations in memory of Martin may be made to SMD, Manitoba Heart and Stroke Foundation, or a charity of one’s choice.
Read Less

To send flowers to the family or plant a tree in memory of Martin Ogilvie Newlands, please visit our Heartfelt Sympathies Store.

Receive notifications about information and event scheduling for Martin

Print
A Private Family service will be held. It will be recorded and uploaded the week of June 8th.

We encourage you to share your most beloved memories of Martin here, so that the family and other loved ones can always see it. You can upload cherished photographs, or share your favorite stories, and can even comment on those shared by others.

Guaranteed hand delivery by a local florist
B

Posted Jun 11, 2020 at 12:00pm
Dear Louisa and Claire, I was so sad to read of Martin’s passing. He was larger than life in so many ways! From his stature, to his smile and laugh to his immense love for both of you. Louisa, I so enjoyed hearing “the latest adventures of wee Martin” on our coffee breaks and Claire, no father could have been prouder or loved their child more than your dad did. Please know many prayers are with both of you during this very difficult time. I really believe we don’t say goodbye to people who are in our heart, but rather we say, “ see you later “. Big hugs to you both, Bruce Meisner
Comment Share
Share via:
L

Thank you Bruce so much for your thoughtfulness and kind words. It truly means so much. Louisa and Claire
P

Posted Jun 09, 2020 at 11:52pm
I will always love you Martin. I have lost my best friend, my champion, my soulmate, and the best husband ever.
I will always cherish all our years together, and I am missing you. . Rest In Peace darling. 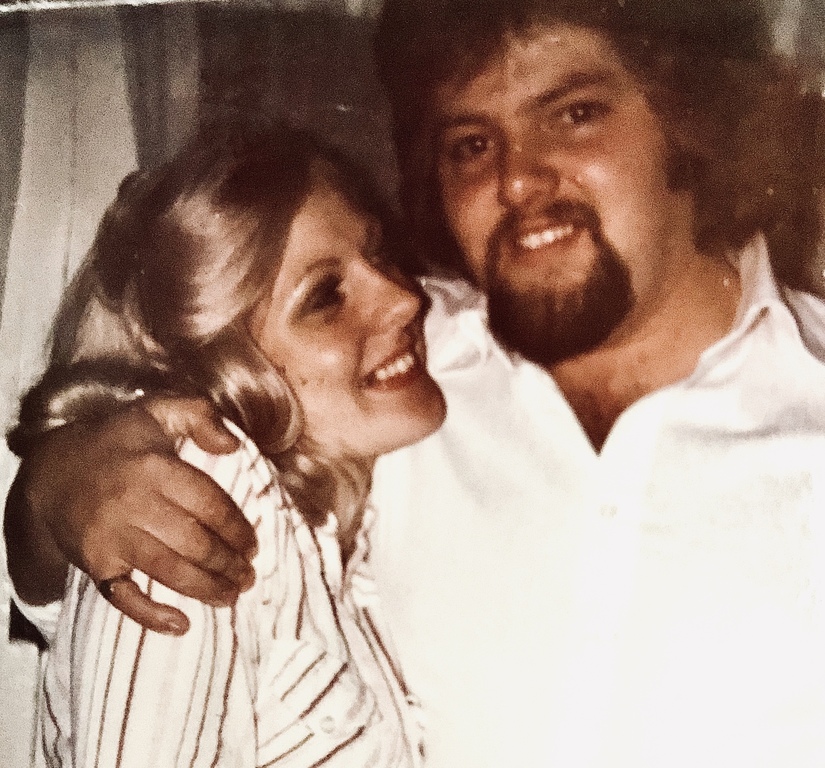 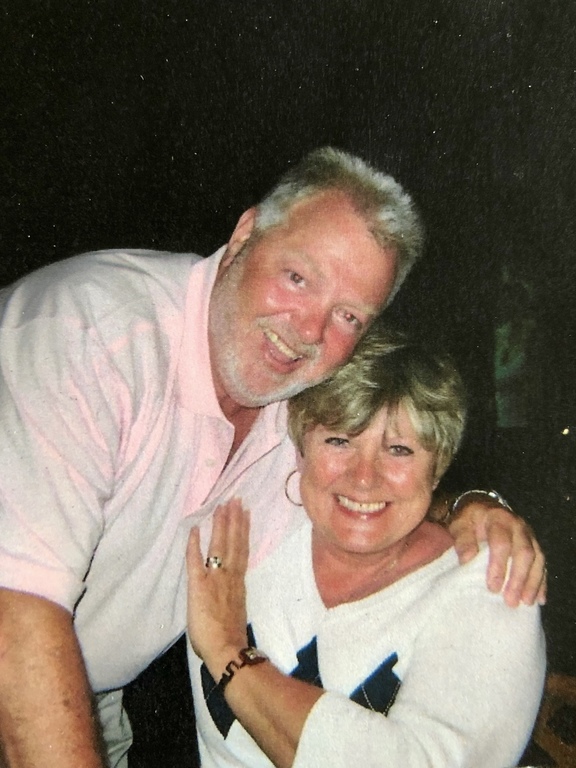 Posted Jun 07, 2020 at 10:24pm
I will always remember Uncle Martin as a tremendous storyteller. His smile, laugh, and ability to captivate a room were unmatched. Whether it was at Christmas dinner or a backyard drop-in, he always had great stories to tell. You may have even heard that same story before, but somehow it was still good a second time.
He once tried to teach me how to play the bagpipes. It did not go quite as planned, and it became fairly obvious that he was the only one blessed with a talent for the 'pipes.
Uncle Martin, you will forever be missed in our family. We treasure the memories shared and will keep you in our hearts. Love, Laura and Daniel Rossi 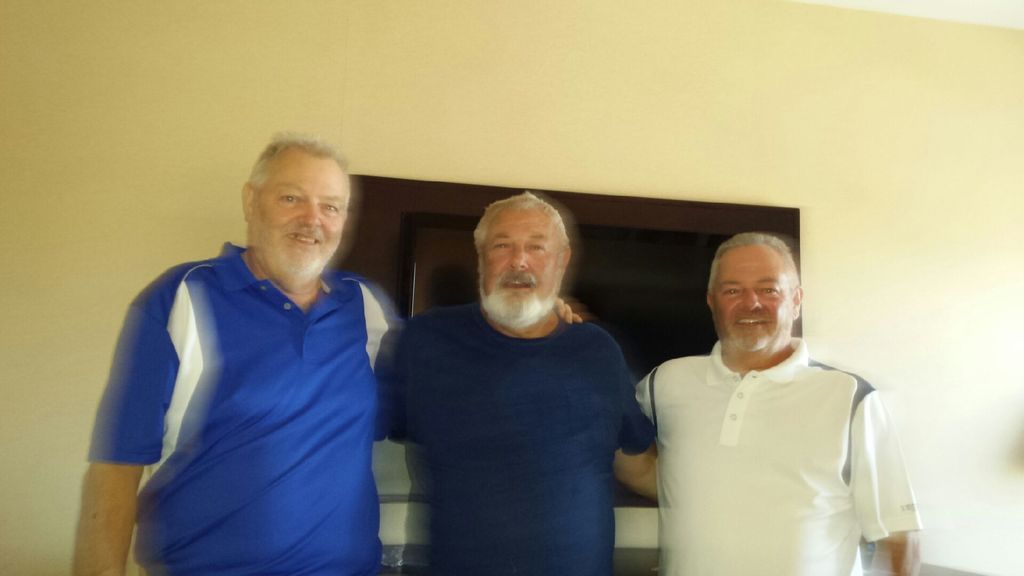 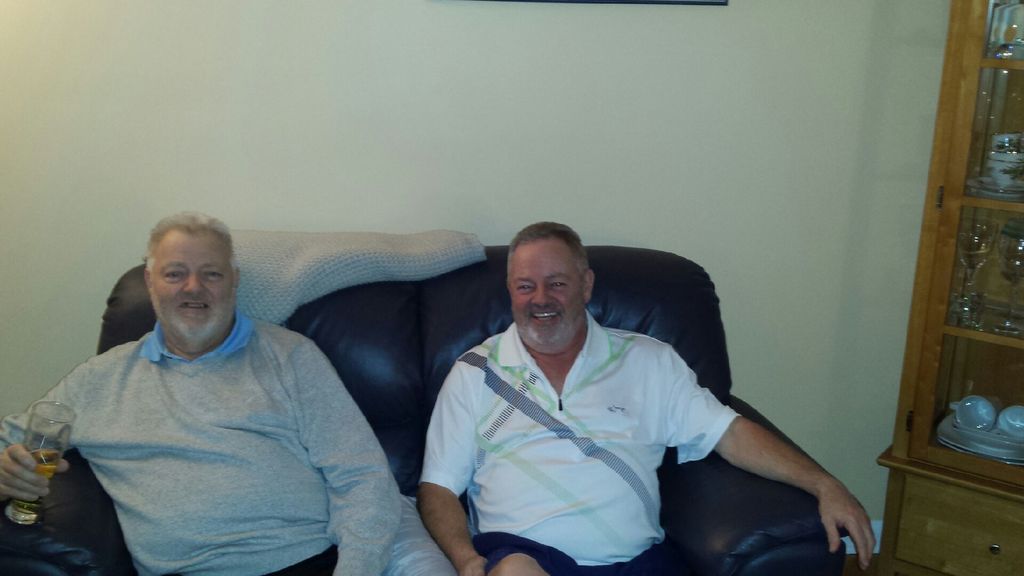 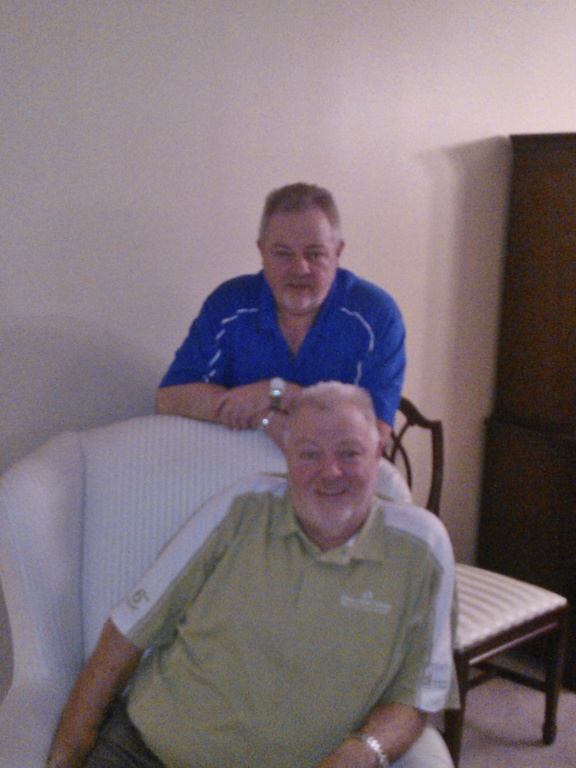 Posted Jun 07, 2020 at 09:20pm
Martin, we shared many good times and laughs together from our days growing up in Glasgow, to vacationing in Winnipeg and then Winnipeg becoming our new home for which Kate, Laura and I will always be eternally grateful.

I will miss our conversations and debating the week’s soccer performance.

My brother, my friend and my sports buddy, this is for you, we will travel in style one last time.

You will never be forgotten and will live on in our hearts and memories. 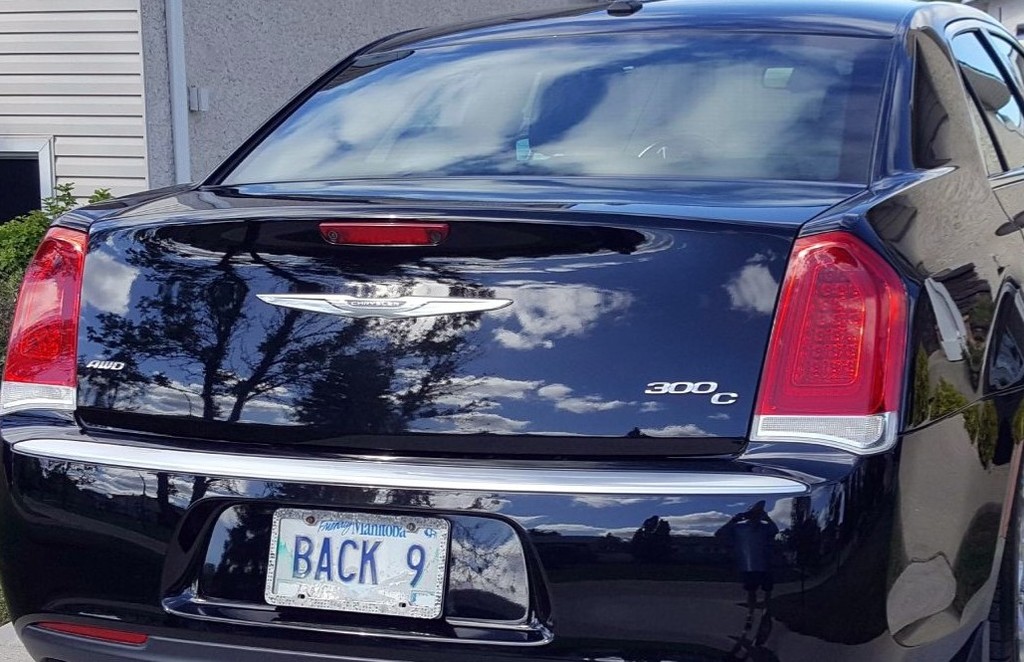 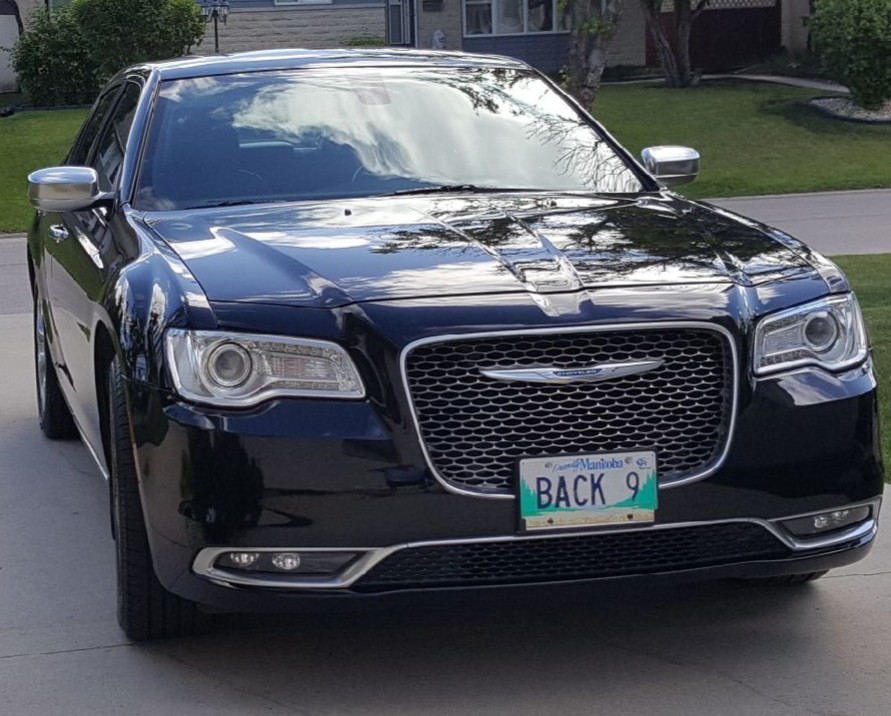 Posted Jun 07, 2020 at 01:55pm
Martin we had many years growing up with lots fun and laughter A loving brother who was funny witty talented and always ready to give a a helping hand or advice to anyone in need. I was always very proud of you as my brother, and with all you achieved in your life a loving family man a loyal friend to all who had the honour and privilege to meet you.
Martin you will never be forgotten, you will remain in my heart and memory for the rest of my life.
Hughie
Louisa and Claire our thoughts are with you both, during this very sad and difficult time. We are sending you our love and prayers.
Hugh Helen Lorraine and Gerry. 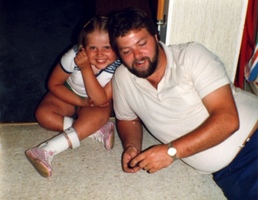 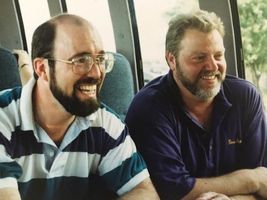 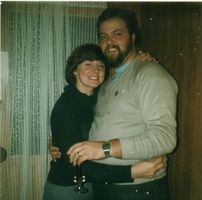 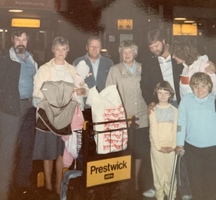