To share your memory on the wall of Nancy Drake, sign in using one of the following options:

Nancy entered the world with a giant “Ta Daaaah!” on January 22, 1943 in Winnipeg, Manitoba.

At the age of 19 she went to London, got married, and the couple sang in folk clubs before sailing home to Canada.

Nancy’s first child was born in Winnipeg before the family moved to Sydney, Nova Scotia, where she performed in musical theatre, had a weekly folk radio show with her husband on the CBC, and welcomed the arrivals of three more children between 1967 and 1971. She moved her kids back to Manitoba in 1976, and immediately started working in the Winnipeg theatre scene. In 1983 her last child was born, making her family complete.

A single mother determined to make a living in her own town, Nancy rarely travelled for work, instead becoming a staple on Winnipeg stages, eventually performing in 28 plays for the Royal Manitoba Theatre Centre, 8 for Prairie Theatre Exchange, as well as many other performances including 23 musicals. She also had well over 20 film and television credits to her name. This doesn’t include her work as a director and dialect coach or as a member of several artistic boards. Nancy taught both the love and technique of theatre acting to students of all ages at the Manitoba School for Theatre and Allied Arts and the Manitoba Youth Theatre among others, not to mention countless private sessions in her own living room, helping many young students gain entry into prestigious theatre schools across Canada and beyond. While her move to Brandon to start a regional theatre in that city did not yield the desired result, she most certainly left her love and respect for craft in that community as well.

A memorial will be announced when the current global situation allows the anticipated attendance.

In lieu of flowers, please consider making a donation to the Jean Murray/Moray Sinclair Scholarship at the Royal Manitoba Theatre Centre, named in part for Nancy’s aunt, Jean Murray.

Her curtain call came too quickly; she had so much left to do.
Read Less

To send flowers to the family or plant a tree in memory of Nancy Jane Drake (Johnston), please visit our Heartfelt Sympathies Store.

Receive notifications about information and event scheduling for Nancy

Print
A memorial will be announced when the current global situation allows the anticipated attendance.

We encourage you to share your most beloved memories of Nancy here, so that the family and other loved ones can always see it. You can upload cherished photographs, or share your favorite stories, and can even comment on those shared by others.

Posted Sep 16, 2020 at 01:41pm
I will always cherish memories of my time with Nancy - her amazing spirit, her humour, her artistry, her resourcefulness. I remember once during a discussion of a miniscule theatre budget she told me "Artists know how to make a nickel squeak". We will all miss you deeply.
Comment Share
Share via:
CE

Posted Sep 15, 2020 at 11:17am
Character, kindness, wisdom, fun, remembered with great fondness. She was a great woman who made her piece of time and place on the earth better and far more interesting for being in it. - Cathleen Enns
Comment Share
Share via:
RN

Posted Sep 14, 2020 at 01:55am
Indeed Nancy left with still so much to do. She and I were working on preparing my new play, WAKING GAIA, for performance, she as dramaturge and I on rewrites and both of us on grant applications. Ironically, the first application was submitted online while I was at Riding Mountain on Sept. 9. I did not know that another prairie mountain had departed that same day. She also had been rehearsing with a group of other fine female theatre makers with the aim of acting some more. Nancy was unstoppable.

Nancy and I met in Halifax in 1970. We were both working in children's theatre with Youtharts, she in Yarmouth and I in Halifax. The Yarmouth group came up to Halifax to conference and so we met. By the end of that year I had ended up in Winnipeg. A few years later, after her return to her hometown, we met again, this time at CBC in radio drama. The first stage work we were in together was Oliver at Rainbow Stage and that cemented our friendship. Over the next forty two years we acted together, I directed her, she directed my plays after applying her dramaturgy to them. Her belief in my writing was the buoy on which the plays floated. Our lives intertwined frequently and happily.
While I was living in Sandy Hook around a decade ago Nancy arrived with equipment and a list and together we tiled my bathroom floor - applying her expertise I should mention. That's the kind of friend she was.
When in our thirties I started taking Modern dance Nancy showed me what her dance training had done for her. She told me that as a youngster she had been called "Plie" Johnston. She could still bend that way, that kept me trying. We also shared a love of folk music and enjoyed a song or two over wine and the years. I remember some odd looks we got from nearby audience members at a Loreena McKennit performance in the Centennial Concert Hall when we sang along with the redhead on stage.
I can't think of Nancy not being in my life. 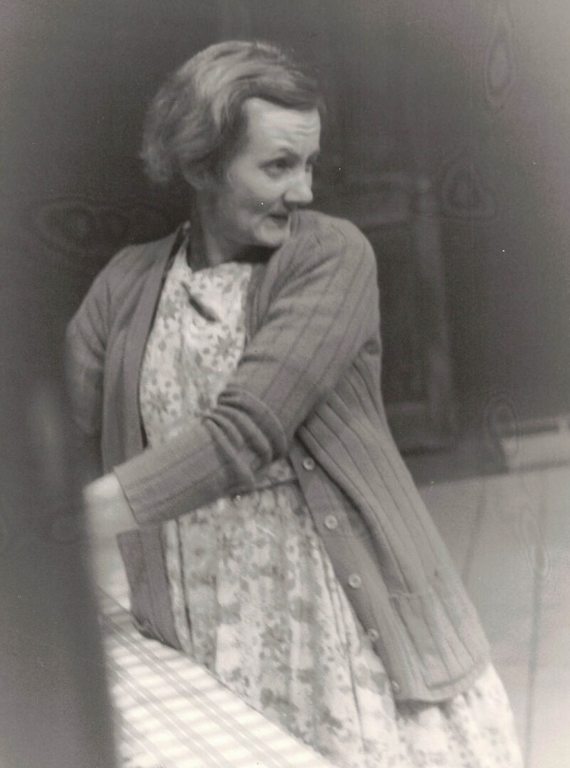 Posted Sep 13, 2020 at 01:58pm
She was one special lady, an accomplished actress and wonderfully kind parent. Miss her voice and friendship. JC. 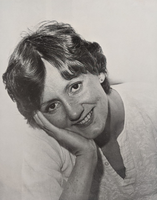 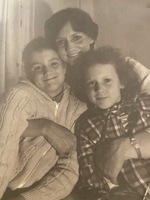