To share your memory on the wall of William Howes, sign in using one of the following options:

Print
William Hay “Bill” Howes died on May 3, 2019 in Winnipeg, Manitoba, in his ninety-fourth year.

After serving in the C... Read More
William Hay “Bill” Howes died on May 3, 2019 in Winnipeg, Manitoba, in his ninety-fourth year.

After serving in the Canadian Armed Forces during World War Two, he trained in Institutional Management at the University of Toronto—and also became part owner of the Jolly Hunt Club, near Sundridge, Ontario, which was one of the great loves of his life.

He worked at Britannia and Bigwin Island, both Muskoka summer resorts, for the Niagara Parks Commission, and then in Toronto for St. Lawrence Foods. He and Merle later became owners of the Badjeros General Store, and the area postmasters. Upon retirement, they moved to Clarksburg, Ontario, then Collingwood, before relocating to Winnipeg in 2018. A founding member of Parkwoods United Church in Don Mills, he was an active member of Grace United Church in Thornbury, where he was a Presbytery representative for some 20 years. He was a member of the Royal Canadian Legion and the Probus Club. An avid curler, he played well into his eighties.

Family was at the centre of his life. He is pre-deceased by his sisters Helen Elizabeth Howes and Peg Moxon (Jack), and brothers Douglas (Pat) and Bob (Lyela). His sister Jean Cameron (Evans) survives him. He also leaves many loving nieces and nephews. He was a wonderful father to sons Craig (Sara Collins) and Wynn (Sharon), and to daughter Helen Halliday (Richard), and a loving grandfather to Seth Howes (Linda Langness), and to Austin and Douglas Halliday. He was very proud of his great-grandchildren, Maeva and Eliot Langness.

He was kind, resourceful, hard working, responsible, generous, and funny. He was also stubborn, though in a very good way, and accomplished so much in his lifetime.

The family would like to thank Richard Rosin Funeral Director, Ltd. of Winnipeg for their care and assistance in making arrangements.

To send flowers to the family or plant a tree in memory of William Hay Howes, please visit our Heartfelt Sympathies Store.

Receive notifications about information and event scheduling for William

The insignias listed here may be subject to copyright and/or trademarked. Those copyrights and trademarks are owned by the respective organizations.

We encourage you to share your most beloved memories of William here, so that the family and other loved ones can always see it. You can upload cherished photographs, or share your favorite stories, and can even comment on those shared by others. 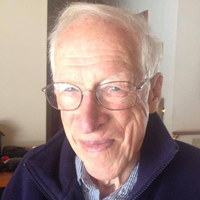