To share your memory on the wall of Daryl Giese, sign in using one of the following options:

Daryl was born in Morris, MB on Oct. 2, 1960. He moved to Winnipeg at age 19 and was successful in sales and management at Tip Top Tailors. In 1987 he began his career at Canada Post Corporation. Daryl mostly worked in corporate sales and service and retired as Manager of the Control Centre for Western Canada. His most enjoyable venture was launching ePost as a new innovative electronic service.

After retiring from CPC, he enjoyed selling hunting and sport equipment to various retailers, and lastly worked in the gun department at Cabela’s. His satisfaction in sales always came with finding products and services that met the needs of his clients.

Daryl was an active member of the St. Hubertus Game and Fish Association. He often organized the season’s sporting clay shoots and received many awards and trophies for his own accomplished targets.

Daryl was an outdoorsman and felt most comfortable being close to nature to enjoy the wildlife. His final homestead was a cabin on 40 acres of natural forest, where he could watch deer and bears from his window. Daryl had a love for all animals and especially missed his beloved chocolate lab, Bear.

Daryl was always an active member of a Lutheran church. First growing up in Morris, then raising his family with his wife at Sherwood Park Lutheran Church. He took part in council, committees, and sang in the choir.

Thank you to the staff at Health Science Centre for their care over these past weeks.

A Memorial Service will take place on June 13th at 2:00 pm at Faith Lutheran Church, 1311 Dakota St. A private family interment of ashes will take place at a later date.

To send flowers to the family or plant a tree in memory of Daryl Ernest Giese, please visit our Heartfelt Sympathies Store.

Receive notifications about information and event scheduling for Daryl

We encourage you to share your most beloved memories of Daryl here, so that the family and other loved ones can always see it. You can upload cherished photographs, or share your favorite stories, and can even comment on those shared by others.

Love's Tapestry was purchased for the family of Daryl Giese. Send Flowers

Posted Jun 04, 2019 at 05:24pm
Our deepest condolences to the entire Giese family in the passing of Daryl. I have fond memories of Daryl and our families getting together when we were growing up in Morris, then in Winnipeg, when we had our own families and spent time together We had great times camping together! Daryl was a sincere & friendly, fun loving guy, with a hearty laugh. He could talk with anyone and was genuinely interested in what was going on in your life. There's comfort to know that Daryl is now in the best of hands in the company of our Lord, has reunited with his mom, dad & side kick, Bear and certainly made new friends in heaven (as well as being part of the heavenly choir with his wonderful singing voice!). We will miss him!
The Irvine Family (Winnipeg) 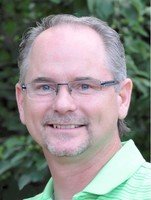 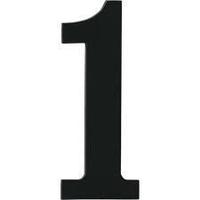