To share your memory on the wall of Garfield Day, sign in using one of the following options:

Print
Peacefully, at Concordia Hospital, Garth passed away at the age of 82.

Garth was predeceased by his parents, Sydney and Winnifred Day and his sister, Bernice Swifte.

Left to cherish his memory are his “girls”, daughter K... Read More
Peacefully, at Concordia Hospital, Garth passed away at the age of 82.

Garth was predeceased by his parents, Sydney and Winnifred Day and his sister, Bernice Swifte.

Left to cherish his memory are his “girls”, daughter Kim Hale of Victoria, BC and granddaughter Dani Lane of Langley, BC. He was a loving uncle to Donna McElroy, Glen Swifte and Colleen Swifte.

Garth was a proud, lifelong resident of Winnipeg’s West End. His passion was for sports and he began at a young age to excel in every kind of athletics. He ran track and field, played baseball and hockey. Later in life he played on many champion curling teams. Garth’s true calling was for football. In high school he played with the Daniel McIntyre Maroons and went on to play for the Winnipeg Rods 1955 -1957. These were heyday years for the Rods. They won the Canadian Junior Football Championship in 1955 and 1956 with Garth scoring two touchdowns in the 1956
final game. The Rods were inducted into the Manitoba Sports Hall of Fame in 1996 and in 2009 in honour of their 1955 and 1956 victories, respectively. In 1958, Garth attended the Blue Bomber Rookie Camp, playing in their preseason games. It was at one of these games that he sustained the knee injury which effectively ended his dream of a pro football career.

Garth went on to become a qualified electrician, apprenticing with his uncle, Bert Young. He ultimately decided that it wasn’t for him and began a career in sales.

Garth always took great care to give the best, funniest birthday cards and was generous to a fault. He had a sweet tooth and a good sized stash of Cadbury milk chocolate bars. He was truly young at heart, enjoying many kinds of movies and music, especially that of Elton John and Neil Young. These are the things that we will remember when we think of him.

Cremation has taken place. A family service will take place at a later date.

If friends so desire, a donation in Garth’s name may be made to the charity of your choice.
Read Less

To send flowers to the family or plant a tree in memory of Garfield Leslie Sydney Day, please visit our Heartfelt Sympathies Store.

Receive notifications about information and event scheduling for Garfield

Print
Cremation has taken place, and no service will be held.

We encourage you to share your most beloved memories of Garfield here, so that the family and other loved ones can always see it. You can upload cherished photographs, or share your favorite stories, and can even comment on those shared by others. 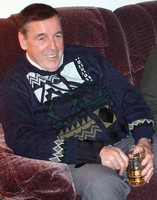 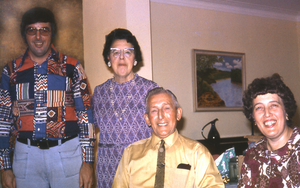