To share your memory on the wall of John Morton, sign in using one of the following options:

Print
John "Jack" Robert Morton died peacefully on Saturday, May 2, 2020 in Winnipeg, Manitoba at the age of 95 years.

Survived by his wife, Dolores, he will be greatly missed and remembered lovingly by his family and friends.

Bor... Read More
John "Jack" Robert Morton died peacefully on Saturday, May 2, 2020 in Winnipeg, Manitoba at the age of 95 years.

Survived by his wife, Dolores, he will be greatly missed and remembered lovingly by his family and friends.

Born January 25, 1929 in Winnipeg, Manitoba to parents John Marshall Morton and Mary Dickie Morton, Jack and his siblings Nancy, Andrew, Marshall and Douglas (all who predeceased Jack) grew up in River Heights. After graduating from Kelvin High School, Jack joined the Navy during World War 2. Returning to Winnipeg, he followed in his father's footsteps, joining MacKay Morton Limited where he became President until his retirement.

Jack was predeceased by his first wife Yvonne; married for 29 years they had three children. In 1983, Jack married Dolores and for the past 37 years, they lived a full and adventurous life together. Jack particularly loved the family times he and Dolores spent at the cottage.

A generous man with a commanding presence, sports minded and an avid and intense Winnipeg football, curling and hockey fan, Jack loved to travel the world, and was an enthusiastic acquirer of many things. Jack felt fortunate to have a large family; his children and grandchildren from both marriages have their own special memories of their lives together and will miss him greatly. Much loved by his wife Dolores, he will be with her always.

Special thanks to Ava and Mary for their exemplary and loving care and attention to Jack in later years, and to longtime friends Nancy and Mike Thomson for their enduring support.

Cremation has taken place, and no service will be held.
Read Less

To send flowers to the family or plant a tree in memory of John Robert Morton, please visit our Heartfelt Sympathies Store.

Receive notifications about information and event scheduling for John

Print
There will be no formal service.

The insignias listed here may be subject to copyright and/or trademarked. Those copyrights and trademarks are owned by the respective organizations.

We encourage you to share your most beloved memories of John here, so that the family and other loved ones can always see it. You can upload cherished photographs, or share your favorite stories, and can even comment on those shared by others. 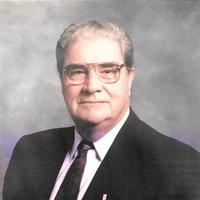