To share your memory on the wall of Fier Tulleken, sign in using one of the following options:

To send flowers to the family or plant a tree in memory of Fier Tulleken, please visit our Heartfelt Sympathies Store.

Receive notifications about information and event scheduling for Fier Tulleken

Print
A private service will be held at a later date.

We encourage you to share your most beloved memories of Fier Tulleken here, so that the family and other loved ones can always see it. You can upload cherished photographs, or share your favorite stories, and can even comment on those shared by others.

Posted Oct 31, 2019 at 01:28pm
Fier was one of the first, and amongst the finest, people I met when I joined the Winnipeg Sports Car Club road racing in Gimli.
He knew how to teach me a lesson on the track, and follow it up with a lesson in friendship off the track. After so many years away, it was great to reacquaint a couple years ago at the trackside reunion.
His mark on Gimli will live on, and my memories of a good man and stead fast friend will be with me forever.

Posted Oct 31, 2019 at 09:35am
Fier was first a client of mine that blossomed into cherished friendship. He was a man of great character and I always referred to him as "he is good people." I will keep in my memories of Fier our times at the race tracks, our lunches and of course going for rides in his Ferrari. My condolence to the family.
Stan Iwanchuk
Comment Share
Share via: 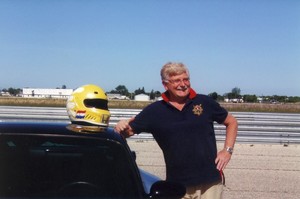