To share your memory on the wall of Ralph Baxter, sign in using one of the following options:

Ralph Esdale Baxter died peacefully at his home on November 27th, 2020. Ralph was born in Belfast, Northern Ireland on February 8th, 1932. He attended the Royal Belfast Academical Institution and after graduation worked for a brief time with an insurance company. He found his true vocation when he was ordained to the Anglican Ministry in July 1962. He served in several Church of Ireland parishes including St John’s Orangefield, Donaghcloney and Kilnasoolagh. In 1974, he participated in an early peacekeeping initiative when he, and seven other clerics, met with the IRA leadership at Feakle, Co Clare, Ireland in an effort to bring the intense bloodshed of the 1970s to an end.

Ralph married Eileen in 1957 and together with their two daughters, moved to Winnipeg, Canada in May 1975. On arrival in Manitoba, the parishes of St Anne’s and St Catherine’s warmly welcomed Ralph and his family. After six years with River North he moved to St. John’s College, University of Manitoba where he taught homiletics and was an author and editor of the report Elders and Ministry. During this time, he served as chaplain at St. John’s College and later was appointed as the interim priest at St. George’s Crescentwood. He was also one of the co founders of Rupert’s Land Respite Care which is still in operation today. In 1991, Ralph became the Dean of St. John’s Anglican Cathedral where he served until his retirement in 1996. After retirement he returned to the parish of St. George’s Crescentwood as an Honorary Assistant. He was awarded an Honorary Doctorate degree from St. John’s College and was the recipient of the 125th Anniversary of the Confederation Medal.

Ralph was deeply committed to his family and friends. He loved music, painting, walks along the beaches at Crawfordsburn and Roundstone, Ireland, a round of golf with friends and always enjoyed spending time with his grandchildren. In his retirement Ralph and Eileen loved to travel with friends and family.

Ralph will be remembered as a kind, generous and humble man. A peacemaker. He had a great sense of humour, was fun loving and always had a twinkle in his eye. Ralph was deeply loved by his beloved wife Eileen, his daughters, Heather and Catherine, sons-in-law, Tom and Mark, grandchildren, Kevin and his wife Kaitlin, Liam, Meghan and Laura, his brother Ivan, brother-in-law Hugh, sisters-in-law Heather and Joan, nieces, nephews, cousins and many friends in Canada and abroad.

Ralph, you will be in our hearts always. Peace be with you.

The family would like to thank the home care workers who came daily to provide support and care to Ralph over the past six years. Due to COVID-19 restrictions, a small family funeral service was held at St. George’s Crescentwood on December 2nd, 2020. In lieu of flowers, donations may be made to the charity of your choice.
Read Less

To send flowers to the family or plant a tree in memory of Ralph Esdale Baxter, please visit our Heartfelt Sympathies Store.

Receive notifications about information and event scheduling for Ralph

Print
There will be no service at this time. A private family service at St. George's (Crescentwood) Anglican Church. Please Subscribe for Updates below to be advised when service information is available.

We encourage you to share your most beloved memories of Ralph here, so that the family and other loved ones can always see it. You can upload cherished photographs, or share your favorite stories, and can even comment on those shared by others.

Posted Dec 05, 2020 at 03:25pm
I've always respected and admired Ralph - a fellow-priest in the Diocese of Rupert's Land. In a way, I looked up to him; seeing him as a role model (he was nine years older than me). After we were both retired from full-time parish work, we didn't see a lot of each other, but in the winter of 2014, my wife and I, with two friends, went on an ocean cruise to Hawaii. On February 28, I wrote this in my diary: "This morning, as we finished breakfast, we were walking together through the Horizon Court when Heather spotted a man who looked exactly like Ralph Baxter. That’s because it was Ralph, who was having breakfast with Eileen! We’ve been on the cruise ship for ten days and in all that time did not bump into them! It was a pleasant, even warm greeting. Then Heather, somewhat later, going through the ship on her own, saw them again, so the invisible shield between us seems now to have been removed." From that day we interacted with Ralph and Eileen frequently, on the ship, along with our friends, Werner and Mary. And at one of our meals, a staff member took a picture of the six Winnipeggers. I've posted it here. It's a delightful memento. 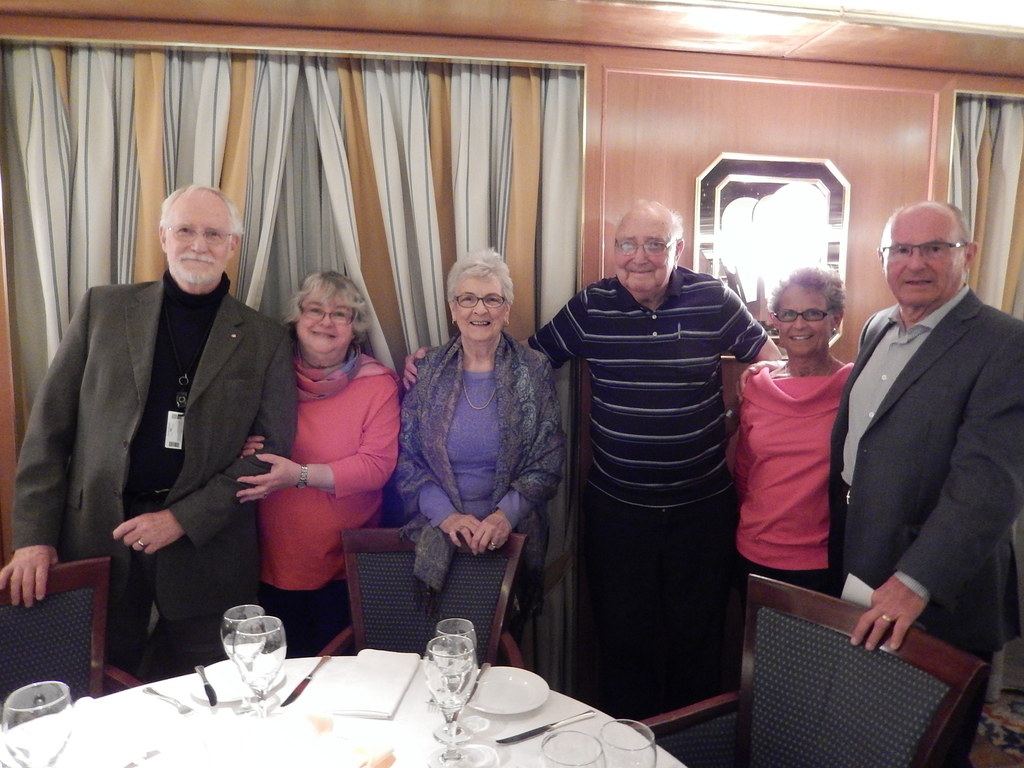 Posted Dec 04, 2020 at 03:49am
Reverend Baxter was always smiling, he always made you feel that all was right in the world and that you were welcome in it, just by his friendly demeanor. I didn't know him well, he knew the older members of my family better, but I have had many church occasions that I would have been at that was attended also by Reverend Baxter. I once thought it would be a really good conversation, if we ever chatted, to learn just what brings such happiness and easy smiles to him inspite of life's challenges. I am very sorry for your loss. Tawny Brown
Comment Share
Share via: 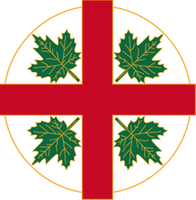 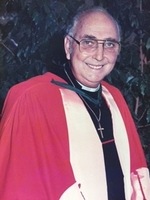 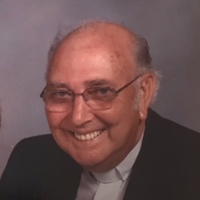 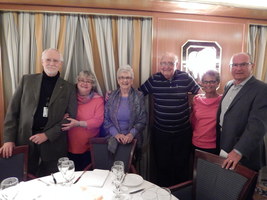